Find out about our five-year Access and Participation Plan, Cambridge's first year participating in the UCAS Adjustment Process, the Transition Year pilot scheme and the Student Support Initiative.

These initiatives demonstrate the University's commitment to addressing barriers to participation and providing equality of educational opportunity for all those who have the talent to study here.

Approved by the UK Government's Office for Students (OfS) in August, the University's five-year Access and Participation Plan sets ambitious new targets to address barriers in education and widening access.

The University is committed to achieving an intake that is reflective of UK society and providing equality of educational opportunity for all Cambridge students. By 2035 Cambridge proposes it will admit one third of its intake from the most under-represented and disadvantaged groups, and eliminate gaps between various groups in continuation, attainment and progression.

The Plan, which covers the five years up to the 2024-25 academic cycle, contains the following objectives:

The University believes that these targets are evidence-based and realistic, and must be achieved in the context of any barriers arising from the UK secondary school system.

Furthermore, these targets will be achieved while maintaining the high quality of the University's intake, and high levels of student retention and success. The objectives set out in the Plan will be supported by an undergraduate admissions review.

The Office for Students' regulatory advice aims for a 'bold new approach to supporting social mobility' and improving student choice. A condition of registration with the OfS is that the University has an Access and Participation Plan delivering 'continuous improvement'. University registration is a prerequisite for institutions charging the sector's highest fee rate - without registration a university would have to cap fees at £6,165.

As the Vice-Chancellor, Professor Stephen J Toope, noted in his annual speech on 1 October 2019, the most recent admissions figures show significant progress already: 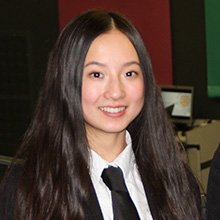 Meet Katie Yuan, one of 67 students admitted through the Adjustment process

Katie is the first pupil from her school, Whitley Academy in Coventry, to study at Cambridge. Even though she knew about Adjustment she didn’t get her hopes up, even going as far as not telling her parents she was eligible, because she didn’t know how many places would be available. “Adjustment is a fantastic idea - it opens the door for lots of people from lots of backgrounds."

Read about some of our other new students >

What is the Adjustment process?

The Adjustment process gives students a chance to reconsider where and what they study at university if they meet and exceed the conditions of a firm offer elsewhere. The University took part in the UK Universities and Colleges Admissions Service (UCAS)'s Adjustment process for the first time this year (2019).

Applicants must achieve at least the typical Cambridge offer for the course to which they apply. The University also takes into account factors that provide a more complete picture of the educational and social circumstances underpinning each Adjustment application.

Dr Sam Lucy, Director of Admissions for the Cambridge Colleges, said: “We are delighted to have been able to offer so many of [those who applied through Adjustment] a place at Cambridge in the pilot year of Adjustment and hope that more disadvantaged students will make an application to Cambridge in future years with the knowledge that this route will also be available to them.” 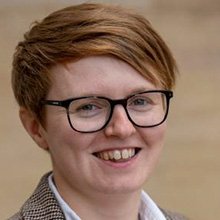 Dr Alex Pryce joined the University in September 2019 to lead preparations for the Transition Year pilot programme. The scheme aims to provide talented students from a background of educational disadvantage with teaching, support and guidance to raise their attainment level and succeed in gaining admission to leading universities such as Cambridge.

As well as working with Colleges, the University's central services, Faculties and Departments within Cambridge, she will engage with schools and further education colleges across the UK as details of the Transition Year are developed.

She said: “Programmes like the Transition Year have the potential to make a monumental difference both to those who study on them and to the University's student body. Cambridge’s forward-thinking on this issue excites me and I’m looking forward to progressing this vital work with colleagues from across the institution.”

The University will also be exploring other forms of transition-level support for potential Cambridge applicants, which will also be coordinated Dr Pryce. This may include, for example, bridging programmes, mentoring schemes, study skills support for students pre-18 and technology-enabled learning.

A full Collegiate consultation on implementing the Transition Year will begin later this year. The Transition Year programme has a projected launch date of 2021 with the first intake expected in October 2022. Launching in pilot mode, it is anticipated that the residential programme will initially support up to 50 students per year, with the pilot focusing on subjects in the arts, humanities and social sciences. 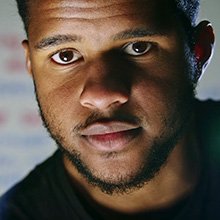 In its first year of an ambitious £500 million fundraising drive, which was announced last autumn, Cambridge has raised £170 million towards its goals. The initiative has three core priorities:

The Student Support Initiative is supplementary to the Cambridge Bursary Scheme, under which UK and EU undergraduate students with a household income of below £42,620 are likely to be eligible for a bursary of up to £3,500 per year. The Cambridge Bursary is not a loan and it does not need to be repaid. In the 2017-18 academic year, 2,663 students received a Cambridge bursary with more than half of them receiving the maximum award.

More about the Student Support Initiative >