Ancient language of Babylonia is brought back to life

The Poor Man of Nippur - World's first film in Babylonian

Having been silent for 2,000 years, the ancient language of Babylonia has been brought back to life by Assyriology students and staff at the University.

Babylonia has such a rich history and part of the project is to open up this fascinating world to more people.

Dr Martin Worthington, Senior Lecturer in Assyriology and a Fellow at St John’s College, led the project to produce the first film in the world shot in the ancient language. The film, released open-access on YouTube, tells the story of The Poor Man of Nippur, a folktale based on a 2,700-year-old poem about a pauper called Gimil-Ninurta. Cheated out of his only possession – a goat – by the city’s mayor, he vows to avenge his unjust treatment three times over.

“Babylonia has such a rich history and there are tens of thousands of documents from the time of The Poor Man of Nippur. We have letters from spies, stories of families who became the equivalent of billionaires, details of religious reforms, medical prescriptions and surgical instructions,” said Dr Worthington.

“The range of information that is accessible to us is something most people don’t suspect, so part of this film project is to open up this fascinating world to more people.”

Found on a clay tablet at the archaeological site of Sultantepe, in south-east Turkey, the story dates back to 700BC. Nippur was a city in the north of Babylonia, a region in central-southern Mesopotamia, present-day Iraq.

The area is often described as the ‘cradle of civilisation’ and the culture is considered to be very close to the culture of the Old Testament - the story of Noah and the Ark has been found in Babylonian language. The first writings in Babylonian date back to about 2000BC.

“The story is set in an unspecified time in the past, and it is unusual by the standards of Mesopotamian narratives because there are no gods,” said Dr Worthington. “Most of the stories we have from Babylonia are about gods, probably because most of the written literature we have is associated with institutional settings like temples.”

“As a story of three-fold revenge, The Poor Man of Nippur is one people today can easily relate to,” he added. “Though it has the plot of a folktale, it is written in highly poetic style. The hero is called Gimil-Ninurta. His name means ‘revenge of the God Ninurta’, Ninurta being a god of Nippur. This fits the plot perfectly.” 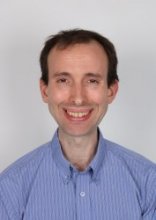 Dr Martin Worthington is an Assyriologist specialising in Babylonian, Assyrian and Sumerian grammar, literature and medicine. He studied Ancient Near Eastern History and Egyptology at UCL, then spent a year in Leipzig where he began to learn Akkadian. Fascinated by the language, he completed an MPhil and PhD in Oriental Studies at Cambridge, followed by four years as a Junior Research Fellow at St John’s College.

The film project began after students suggested it would bring the poem to life. “One reason for making the film was to experiment with a new form of interpretation for Babylonian literature – acting out the story made us think in a new way about the characters and who we are supposed to be rooting for,” said Dr Worthington. It was acted by Assyriology students and other members of the Mesopotamian community at the University.

“The students are following how they have been taught to pronounce Babylonian, which is a mix of educated guesswork and careful reconstruction. Reconstructing the sounds of a dead language is to some extent a dark art, but we are fortunate with Babylonian that we have transcriptions into the Greek alphabet, and these confirm in outline what the language sounded like,” explained Dr Worthington. “Babylonian is closely related to Arabic and Hebrew, which helps because the sounds of Semitic languages tend to be a lot more stable than those of Indo-European ones.”

The film was funded by The Philological Society, The Thriplow Charitable Trust, The Judith Wilson Fund, The CHW Johns Fund for Assyriology, St John's College, Trinity College, The Henry Sweet Society for the History of Linguistic Ideas and The London Centre for the Ancient Near East.

Find out more about Assyriology as a subject at the University.