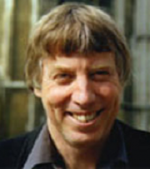 Professor Richard Hunter FBA graduated from the University of Sydney and took his PhD at Pembroke in 1975. He was a fellow at Pembroke from 1977-2001, following which he became a Fellow at Trinity College from 2001. Professor Hunter has also been Regius Professor of Greek since 2001.

His principal interests are Greek literature of the post-classical period, the reception of Greek literature in Rome, ancient literary criticism, and the intersection of philosophical and literary traditions in antiquity. He is the author of some twenty monographs, is an Editor of Cambridge Greek and Latin Classics and Cambridge Classical Studies, and has been Editor of the Journal of Hellenic Studies.

He has been Head of the School of Arts and Humanities at Cambridge and twice been Chair of the Faculty of Classics.

Where did your interest in Greek Literature begin?

I was lucky enough to be introduced to Greek at school in Sydney when I was twelve; at first, it was just sitting in the playground at lunchtime learning the alphabet, but the school soon put Greek on the timetable for me and it turned out to be almost the only thing I was any good at … Since then ancient literature has been the consuming passion of my life.

What is the current focus of your research?

For much of the last decade, a major focus of my work has been how Greeks of the post-classical period absorbed and re-shaped the heritage of their classical past; I have in this period published books on the ancient reception of Hesiod, Homer and Plato. I have always had a short attention span, however, and cannot stay with any one project for too long. I have recently published (with a Cambridge colleague) an edition and commentary on the only surviving Greek satyr-drama, Euripides’ Cyclops, and my next book will be an edition and commentary of a selection of Greek verse-epitaphs preserved in inscriptions on ancient stones.

What makes the coast of Caria an exciting place to visit?

Apart of course from the sunshine and the swimming, what is most wonderful here is just the variety of amazing ancient sites within easy reach. Knidos, where stories of Aphrodite still hang in the air, is one of the most captivating of all small harbours on the Aegean coast, and the temple tombs along the Dalyan river offer a glimpse into what seems a very different and curiously remote culture. We will also be going to Aphrodisias where the sculptural and architectural riches revealed by archaeology allow a real sense of what ‘Greek’ life in Caria must have been like. The Carian coast allows you to imagine antiquity and the Byzantine empire and to immerse yourself in them  – from a safe distance.

What do you enjoy about sharing your research?

The ancient world has given me such enormous pleasure that it seems a pity to keep it to myself …. Ancient culture – literary, philosophical, artistic – opened up so much that is still so important to us, that we need constantly to embrace it, not seek to hide from it. I enjoy conveying to ‘students’ of all ages why the past matters.

Do you have a dream trip scholar destination, other than Caria?

I have not been to North Africa for decades – Egypt, Morocco, Libya … the mix of antiquity and Islamic culture is very hard to resist.

The one essential you travel with?

Enough typescripts to read when delayed at airports

Which Alumni Travel Programme trip would you like to travel on in 2021?

Both Jordan and St Petersburg would be very high on my list. 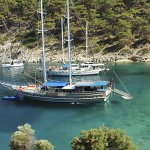 Cruising the Turquoise Coast of Caria