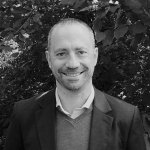 Peter Sarris read Modern History at Balliol College, Oxford (1990-93), after which he was elected to a Prize Fellowship (by examination) at All Souls College, Oxford (where he was a Fellow from 1993 to 2006). He came to Cambridge as a University Lecturer and Fellow of Trinity College in 2000, and has held Visiting Fellowships at Rice University, Texas, and the Dumbarton Oaks Research Library, Washington D.C. (Harvard University). He is a Director of the newly established Virtual Centre for Late Antiquity (see vcla.org.uk)

Meet the scholars interview, as featured in Unbound 9 (autumn 2015)

What is it about Istria and Friuli that inspires you?

The landscape of the area is exceptionally rich historically and archaeologically, with exquisite remains from Roman and Byzantine times down to the Habsburgs. Throughout history, the region has been a crossroads of civilisations and a melting pot of cultures, but is relatively under-visited by modern tourists.

Talk us through what it is like on these alumni tours

Every trip is different: I leave discussion of the sites when we are at them to the local guides so as not to tread on their toes, and I tend to lecture either en route to the sites or the night before. But every trip has its own rhythm and every group its own chemistry.

Do you have a funniest trip memory?

Teaching members of my group the traditional Pontic Greek dance known as the ‘omal Kars’ when visiting the city of Kars was good fun, with a whiff of ‘The Generation Game’ about it. The local Turks were quite agog at this, but some of them could remember their grandparents performing the same dance, which they called the ‘chorio’, which means ‘village’ in Modern Greek.

What is the best thing for you about going on these trips?

I find that you always understand sites or landscapes differently when you explain them to others – and the groups themselves have always been diverse and interesting people.

What do you think a trip scholar adds to a trip?

Informed historical context that takes the group beyond the level of understanding they can get from a tourist guide or book.

What do you think the alumni on the trip get out of the trip scholar’s involvement?

A greater ability to contextualise what they are seeing and understand it better, plus the latest gossip and developments at their alma mater. Having been a don in both Oxford and Cambridge, I can chat equally happily about both. On my latest trip I also took with me an old friend of mine from All Souls who used to be an early modern historian and knows a huge amount about architecture, so the group ended up getting two for the price of one.

What is your dream trip scholar destination or themed tour (ie with you being the trip scholar)?

In the absence of a time machine, Christian Egypt, or a trip from Thessalonica to Ephesus via Edirne and Istanbul, or the Roman, Byzantine, Islamic and Crusader sites of Jordan, or Ancient and Medieval Persia and her neighbours (including Armenia) would all be great fun and chime with my interests, as would any part of Greece. I recently visited Jordan, and was staggered by the quality of the archaeology but was also struck by the pitifully small volume of tourism. I would recommend it to everyone and anyone. At the moment, you get ‘World Heritage Sites’ to yourself.

Which trip would you like to take from Unbound?

I would be torn between the trip to Ethiopia or the Central Asian jaunt. I would probably be greedy and end up trying to book both in subsequent years. 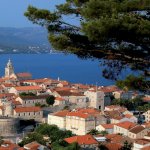