David Gellner was Head of the School of Anthropology and Museum Ethnography from 2009-2012 and again from 2016-2018. His doctoral research (1982-4) was on the Vajrayana Buddhism of the Newars and on Newar social organization, in the Kathmandu Valley, Nepal. He has carried out fieldwork in Nepal on many subsequent occasions, broadening his interests to include politics and ethnicity, healers, mediums, and popular approaches to misfortune, religious change, activism of all sorts, democratization, elections, borderlands, Dalits, and class formation. 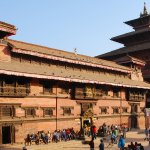