*Please note the US Dollar price is based on the exchange rate in June 2019. Contact the operator for the most up-to-date price information.

Join Egyptologist Professor Mark Smith on an extensive visit to Egypt. Visit the pyramids at Giza, the stepped pyramid at Sakkara and the pyramids of the Fayoum. Near the Great Pyramid is the Solar Boat of Horus and close by is the Grand Egyptian Museum, the largest archaeological museum in the world. It will display tens of thousands of unique archaeological finds as well as the full King Tutankhamun collection. The Museum is due to open in 2020.

Later a 4x4 safari will visit Wadi al Hitan a UNESCO World Heritage site in the Valley of the Whales where fossil remains of the earliest suborder, Archaeoceti, have been found. A visit will be made too to the Middle Kingdom rock-cut tombs at Beni Hasan with their remarkable wall paintings.

A special feature of the tour is a visit to the New Kingdom Palace of Akhenaten and Queen Nefertiti in Tel el Amarna where Professor Barry Kemp of the Cambridge Amarna Project excavation has welcomed us to visit his excavation and be shown around.

Later visit Abydos one of the oldest cities of ancient Egypt and a site of many temples, the most notable being the memorial temple of Seti I. Next will feature Dendara’s religious complex including the famous Hathor temple modified from the Middle Kingdom until the Roman Emperor Trajan and with the reliefs of Cleopatra VII and her son Caesarion. Finally, see the glorious mortuary temples in Luxor including Karnak, Luxor and the Temple of Hatshepsut and of course, the tombs in the Valley of the Kings including the tomb of Tutankhamun. 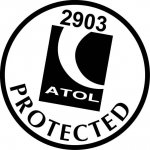 Other trips in Africa