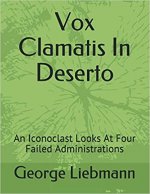 The collection expresses the views of a self- described iconoclast. To the extent that it has a unifying theme, it is found in Judge Learned Hand’s eulogy of Justice Brandeis in 1943: “the herd is regaining its ancient and evil primacy; civilization is being reversed, for it has consisted of exactly the opposite process of individualization.”