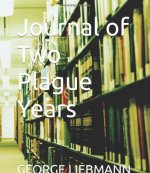 This is a collection of 70 op-ed pieces appearing in the Baltimore Sun, The American Conservative Online, the Washington Examiner, Chronicles Online, the Washington Times, and the Calvert Institute website in the two years beginning with the presidential election of 2020. It reflects the views of a writer discouraged by the indifference to constitutional values of former President Trump and the devotion to identity politics and moral nihilism of too many of his opponents. It includes articles on President Biden's proposals, voting rights, abortion, the minimum wage, conservation measures, New Urbanism proposals , drug and criminal justice policy, various Maryland political issues, and reflections on past political actors, including William Howard Taft and Felix Frankfurter.

It is a sequel to VOX CLAMANTIS IN DESERTO, a collection of 110 short 'op-ed' articles written over a 25-year period encompassing the Clinton, Bush Jr., Obama and Trump administrations; included are a few longer pieces on welfare, reapportionment, Palestine, and civil rights 'consent decrees.' This collection is followed by 20 book reviews, including works by Gary Hart, Hillary Clinton, Gabriel Schoenfeld, Victor Klemperer, Donald Rumsfeld, Frank Costigliola, John Paton_Daiies, Constance Jordan, Richard Evans, and Jill Lepore and three longer essays on the original design of the United Nations, the Kennedy administration, and the after-effects of Naziism.

By the same author: