Waves across the south: a new history of revolution and empire

Waves across the south: a new history of revolution and empire
Wednesday 23 September 2020, 7.00pm to 8.00pm BST
Past event
Past event

In this conversation, Sujit Sivasundaram discusses his fresh account of the world's history in the late eighteenth and early-nineteenth centuries with author of the Silk Roads, Peter Frankopan. Sivasundaram's new book, Waves Across the South: A New History of Revolution and Empire traces the origins of modern times from the perspective of indigenous and non-European people in the Indian and Pacific Oceans. From Aboriginal Australians to Parsis and from Mauritians to Malays, people asserted their place and their future as the British empire drove unexpected change. The tragedy of colonisation was that it reversed the immense possibilities for liberty, humanity and equality in the age of revolutions. Waves Across the South also foregrounds the environment; the waves of the Bay of Bengal or the Tasman Sea were the context for this story. Sivasundaram tells how revolution, empire and counter-revolt crashed in the global South. Naval war, imperial rivalry and oceanic trade had their parts to play, but so did hope, false promise, rebellion, knowledge and the pursuit of being modern. Join us as we debate the histories of people of colour, empire, environment and the role of world history today at a time where the legacy of this story is at the forefront of public consciousness.

Sujit Sivasundaram is Professor of World History at the University of Cambridge and Fellow in History at Gonville and Caius College. He is also Director of the Centre of South Asian Studies at the University of Cambridge and until recently, he was editor of The Historical Journal. His new book, Waves Across the South: A New History of Revolution and Empire turns the history of the British empire and the age of revolutions upside down, by shifting focus to the Indian and Pacific oceans. In 2012, he was awarded a Philip Leverhulme Prize for History, He has held the Sackler Caird Fellowship of the National Maritime Museum, Greenwich and visiting fellowships in Sydney, Paris and Singapore. He is Syndic of the Fitzwilliam Museum.

His research and publications encompass the histories of oceans, empires, indigenous peoples and the environment and a recent article on the prehistory of covid-19 is featured on the university's website. 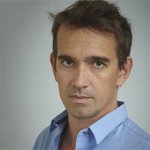 Peter Frankopan is Professor of Global History at Oxford University, where he is also Stavros Niarchos Foundation Director of  the Oxford Centre for Byzantine Research and Senior Research Fellow at Worcester College. His book, The Silk Roads: A New History of the World was a worldwide bestseller and was named one of the Sunday Times ‘Books of the Decade’ (2010-19). Peter’s latest book, The New Silk Roads:  The Present and Future of the World was awarded the Carical Prize for Social Sciences in 2019, when Peter also won Germany’s prestigious Calliope Prize. In 2019 he was named one of the World’s Top 50 Thinkers by Prospect Magazine. President of the Royal Society for Asian Affairs, he works on the history of the Eastern Mediterranean, the Middle East, Iran, Russia, Central Asia, South Asia and China.

This year, each event has an individual booking form, and we also ask that each person makes their own registration so that they receive an individual event link. For more information please visit our FAQ page.