Brexit delivered - or has it?
Open to:
Alumni and guests
Theme:
Humanities, Social sciences

Join Professor Catherine Barnard as she discusses the state of play with the ongoing Brexit negotiations. Will a future trade deal be concluded and on what terms? Is this the end of the story or merely the beginning of a new story? Catherine Barnard, Professor of EU law at Cambridge, and well-known speaker on Brexit will offer her thoughts.

There will be a presentation followed by an audience live Q&A, which will be facilitated by Professor David Runciman, Professor of Politics in the Department of Politics and International Studies. 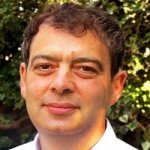 Professor David Runciman became Head of POLIS in October 2014. He gave his inaugural lecture on 'Political Theory and Real Politics in the Age of the Internet'. His research interests are: late-nineteenth and twentieth century political thought; theories of the state and of political representation; various aspects of contemporary political philosophy and contemporary politics. His current research project is on conspiracy and democracy: a five-year Leverhulme-funded research program, based in CRASSH at the University. He writes regularly about politics for the London Review of Books and hosts the 'Talking Politics' podcast series. 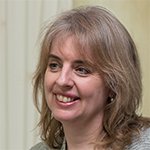 Catherine Barnard is Professor of EU law and Employment Law and senior tutor and fellow of Trinity College.  She is the author of EU Employment Law (Oxford, OUP, 2012, 5th ed.), The Substantive Law of the EU: The Four Freedoms, (Oxford, OUP, 2019, 6th ed), and (with Peers ed), European Union Law (Oxford, OUP, 2017, 2nd ed). She is a member of the European Commission-funded European Labour Law Network (ELLN). She is also a Senior Fellow in the UK in a Changing Europe (http://ukandeu.ac.uk/) project. This is an authoritative, non-partisan think tank which does research and provides information about all aspects of Brexit, including on employment law matters.

She has appeared on the main media channels  - BBC, ITV and Sky  - as well as some of the more specialised programmes such as Law in Action, Woman's Hour, Question Time and the Briefing Room. She has also written for the Guardian and the Telegraph. She has given evidence to a large number of select committees on the legal issues connected with Brexit, immigration and the European Union (Withdrawal) Act. She has her own podcast, 2903cb, and she blogs on Brexit, mainly for the http://ukandeu.ac.uk/.

This year, each event has an individual booking form, and we also ask that each person makes their own registration so that they receive an individual event link. For more information please visit our FAQ page.